The capital of Prykarpattya has various names.

For someone it’s called Frankivsk, Stanislav or just Franek. But, without a doubt, Ivano-Frankivsk is a white crown which is different from most towns of Galicia.
The main difference is an advantage of the spirit of modern over the atmosphere of typical Galician provinciality.
Be sure: you need to see it!

For our clients we offer:

According to an old legend, the contours of the future city were outlined with a plow by the founder of the city, a powerful man Revera Potocki (Pototski) when he was plowing the field. While constructing the city, which emerged on the territory of the ancient settlement Zabolottia, the Potocki tried to implement urban construction Renaissance ideas of an “ideal city”. Therefore, Stanislav was originally constructed as a mighty fortress for protection against raids of Crimean and Nogai hordes. Ivano-Frankivsk owes its economic and cultural development apart from Ukrainians and Poles also to Jews and Armenians, damage at the beginning of XVIII c., when it was burned to ashes during the Russian-Swedish war. As a result, the Stanislav fortress was dismantled for building materials; temples, palaces, unassailable bastions, and the City Hall were destroyed.

is now the centre of Stanislav. In all directions from the City Hall, like sun rays, go city streets and its “wings” point to the sides of the world. The purpose of the City Hall was different at different times: originally it was a magistrate, later it housed a military garrison and an ammunition dump, and now it houses a regional museum.

The Potocki castle in Ivano-Frankivsk

The castle of magnates built in 1672-1682 preserves the memory of the Potocki. Now it looks like a three-story building with wings, which hides in the greenery of the square. It is for the past 200 years that it has been housing a hospital. Another structure that is closely related to the family of Potocki is a church-collegium of the Blessed Virgin Mary (1672-1703), which long served as a burial place of the Potocki family. In 1979 the church was adapted for the museum of sacred sites of Ivano-Franltivsk region. The bell (1744) nearby was completely destroyed in 1962 and only recently has it been rebuilt.

is the most sacred building in the city center. This late baroque building was built in 1752-1761 by Paul Gizycki’s project. Originally the church belonged to monks Jesuits, after the cancellation of their order it was passed on to the Greek-Catholics. Magnificent gilded five layer iconostasis of 1900 is the adornment of the church.

(1742-1762) One of the oldest buildings of the city is the built in mature Baroque style. Soviet authorities established a museum of the history of religion and atheism here, but in the times of independence it was transferred to the Ukrainian Orthodox Church. Now it is the St. Intercession of the Mother of God Cathedral. Wooden sculptures of saints, made by a famous master Matvii Poleiovskyi, and murals of Jan Soletski are valuable elements of the interior decoration of the church. Since its foundation the church has been adored for its miraculous icon of Virgin Mary (the beginning of XVIIIth cent.). The last priest of the cathedral after Bolsheviks arrival took the icon to Poland, and now it is kept in the church of St. Peter and Paul in Gdansk. Several years ago a copy of the icon was found under the floor, which was placed over the temple pediment.

Trip to Ivano-Frankivsk, guided tour through the city center. Sheptytsky Square, the monument of Virgin Mary,the Pototski Palace, Market Square, Mickiewicz Square, Hetman Shafts,the monument of the 2000 anniversary of the birth of Christ. Visiting the Art museum, the Synagogue, the Cathedral, the City hall.

We wish you a pleasant stay in Ivano-Frankivsk.

This complex of religious buildings in Ivano-Frankivsk is known as Mayzli: St. Joseph’s Church and the Church of Christ the King. To reach here from the city centre you need to pass the railway bridge on the Nezalezhnosti street. 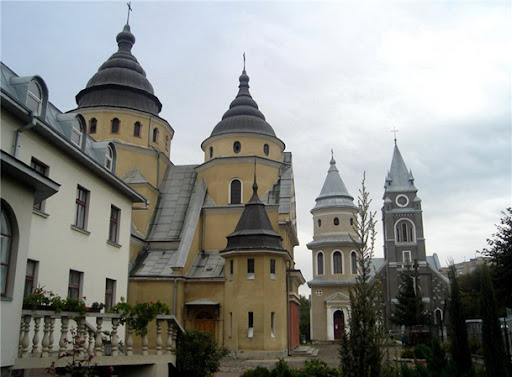 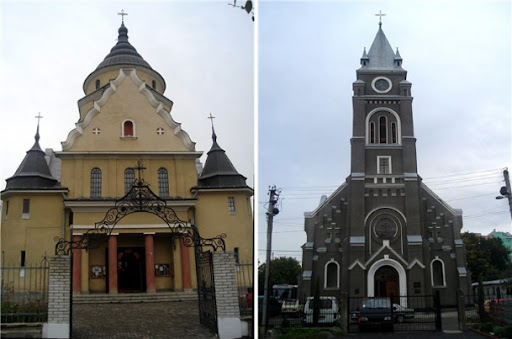 Let’s take us to the heart of Ivano-Frankivsk, traditionaly for europeans cities, Mareket Square. 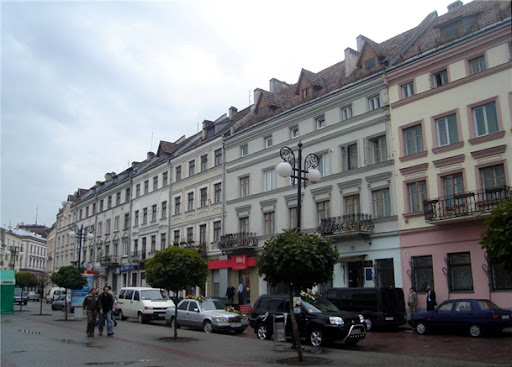 The current triangular Town Hall is the fifth in Ivano-Frankivsk (the first was built in 1666). It apeared in 1928 upon the design of architect Treli. 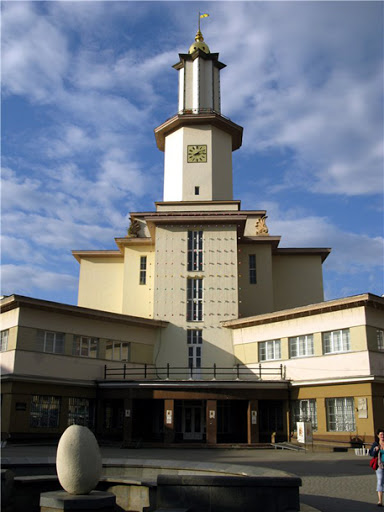 One of the main attractions of city center is the former Jesuit church (1720). Today it’s a Greek Catholic Cathedral of God’s Ascension. 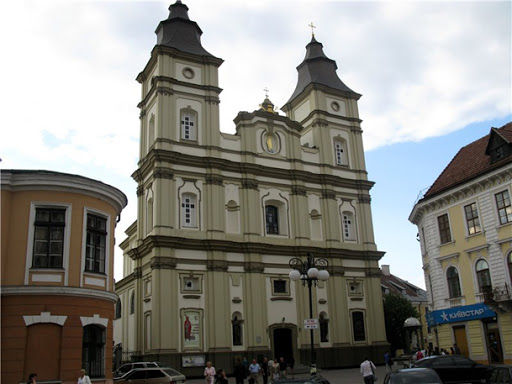 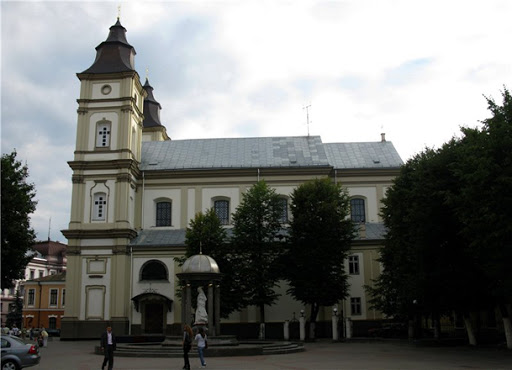 From the right side of the Cathedral you can see the metropolitan Andrey Sheptytsky square. In relation to its beauty and monuments it’s comparable to the area where the Town Hall is situated. 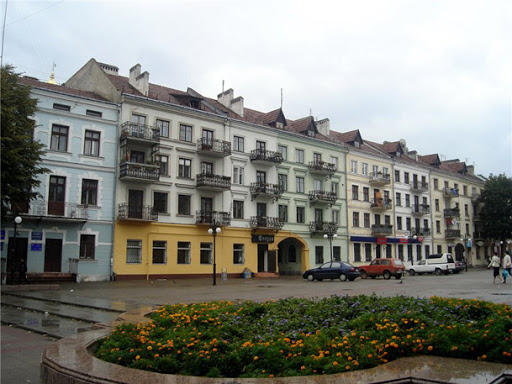 The dominant of the square is the Church of Our Lady with the bell (1672 – 1703). The temple was constructed in the style forms of late European Baroque upon the design of Korassini and Benoeh. In 1882 the church was repaired after the fire. Today it is an art museum. 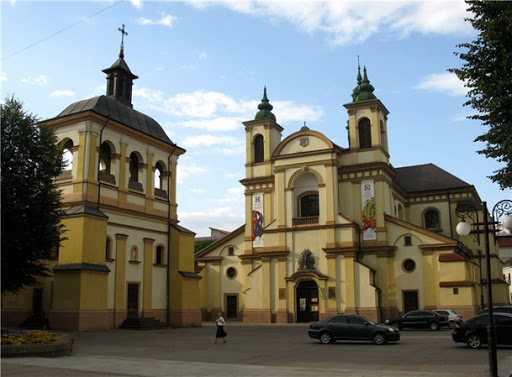 The former Armenian Church built during 1742-1762 in baroque style instead of the old wooden that was standing here since 1665. In the 70th it was a museum of atheism. Today the temple serves to Autocephalous Orthodox community of Ivano-Frankivsk. 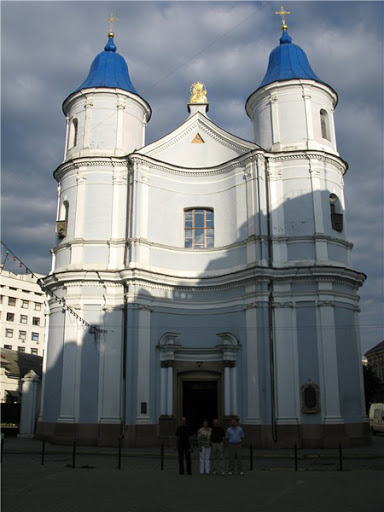 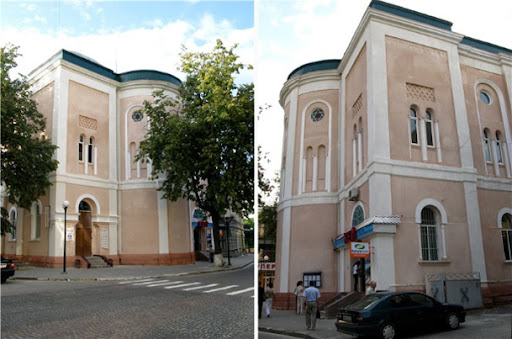 The “Sokil” organization is always placed in the most beautiful buildings. 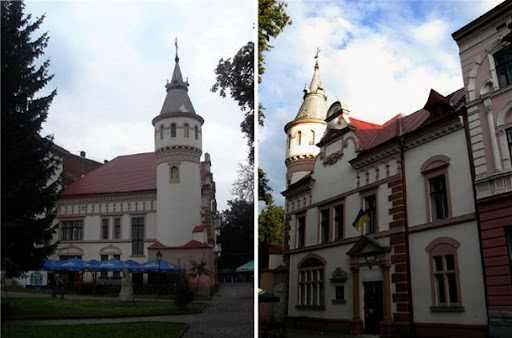 Unfortunately, it is difficult to see the complex of buildings of Potocki palace (1672 – 1682). Only the closed gate with the figures of knights is avaliable for tourists. 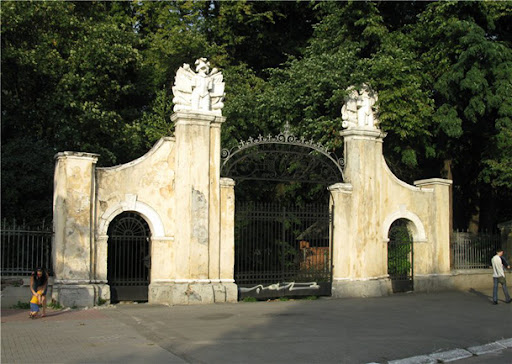