Maniava Cell is a monastery in the village of Maniava in Ivano-Frankivsk region. It was founded in 1611 by Iov Knyagynytsky. Today it’s a living man’s Orthodox Monastery of the Kiev Patriarchate.

Maniava Cell is also known because of the Blessed Stone. According to believers, it’s a place of prayer and purification. This is a first shelter, a cell for the Carpathian apostles.

This large village in Bohorodchany district located on the banks of the Maniava River is known for one of the most famous Christian monasteries of Ukraine — the Maniava skit. It is located in the forest near the village over the river. Having climbed a steep road, one is absolutely fascinated by fortress towers and church domes of the monastery emerging out of the forest thicket.

The official date of the monastery foundation is the year of 1611. It is believed to have been laid by the monk Job Kniahynetskyi from Tysmenytsia, who comes from Athos. He was once on the Greek Mount Athos together with the famous Ukrainian writer-polemicist Ivan Vyshenskyi and, therefore, the founded skit was called “the Russ Athos“. However, people say that Job was not the first to come to the Maniava Skit. People remember two monks of Kyiv-Pechersk Lavra, who at the beginning of the XIII c. fleeing the Tatar invasion came to the tract from distant shores of the Dnieper.

They ultimately decided on their choice when the Mother of God appeared to them on a rock that since then has been called “Blessed”. The same phenomenon reoccurred in 400 years, after Job Kniahynetskyi came I to this blessed place. Now thousands of I people make pilgrimage to the stone. The monastery flourishing is connected with the conferring of the right of stauropegion, i.e. self-government and independence from local church hierarchy, upon the Maniava skit in 1620 by the Konstantynopol patriarch.

Over five hundred monasteries in Poland, Moldova and Romania were subordinated by the skit at that time. It had the status of the tribunal in the selection of Lviv Orthodox bishops and in the release of religious books. The monastery authority was also very high among the Catholics, it was ruled by the Potocki, and donations were made by Ukrainian hetmans, Moldovan and Russian tsars and by Polish kings. It is also known that the bell tower was built at the expense of the legendary Korsun colonel S. Morozenko.

The history of the Maniava monastery is also closely associated with the legendary Ukrainian hetman Ivan Vyhovskyi. The Maniava monastery was repeatedly attacked by various enemies. Therefore, in 1620-1621 a defensive wall with three towers and numerous loopholes was built around it. The main three-storey monastery tower, known as “treasure” (height 22.7 m), towered over all the buildings and could be self-defensive. All the monastic buildings were connected by numerous underground tunnels.

Bohorodchany iconostasis created in 1698-1705 by an outstanding Ukrainian painter monk Job Kondzelevych is a great value of the Maniava monastery. This iconostasis is unique in that the Bizantine traditions have been closely connected with the ones of Western Europe of the late XVII c., hence creating unequalled esthetics of Ukrainian barocco. This pearl of Ukrainian Sacral Art has miraculously survived multiple distress. The masterpiece of Ukrainian art consisted of six rows, which contained about one hundred icons of various sizes — from miniatures to more than two meter high ones and its total area was 13 x 11 m. For a certain time the iconostasis was in Bohorodchany (now Ivano-Frankivsk region), from where its name derives — Bohorodchany one, in Vienna and Warsaw. Owing to the Greek-Catholic Metropolitan Andriy Sheptytskyi, it was purchased and transported to Lviv, where it is now, however, so far it is disassembled in the storage facility of the National Museum. In 1785 the monastery was liquidated following the order of the Austrian Emperor Joseph II. They say that before leaving the monastery, numerous expensive things were hid in many apartments of the monastery. Another belief says that before closing the monastery monks took barrels of wine, which were brought from the Moldavian monasteries, out of cellars and generously regaled everyone in order to leave behind good memory of Yulian Tsehlevych for many years.

The Soviet authorities closed down the Maniava Cell Monastery and at one time planned to turn it into a rest home for Soviet cosmonauts, probably because the cell was known as a place where even a short stay restores health and provides energy for many weeks. A museum was set up instead, which to some extent, prevented the monastery from being vandalized.

For a long period of time the Maniava skit was in ruins. The first restoration works began here in 1970-1980, when the skit was a historical and architectural reserve. The largest reconstruction of the monastery began after Ukraine gained independence. In 1998 it was returned to the monks of the Ukrainian Orthodox Church of Kyiv Patriarchate. Being in Maniava one should also make a trip to Maniava waterfalls that are considered to be among the most picturesque ones in all the Ukrainian Carpathians.

Random excursions variant. Trip to Nadvirna. Excursion to the castle of Pniv. Trip to Maniava, Maniava Cell and Blessed Stone.

We wish you a pleasant stay in Maniava. 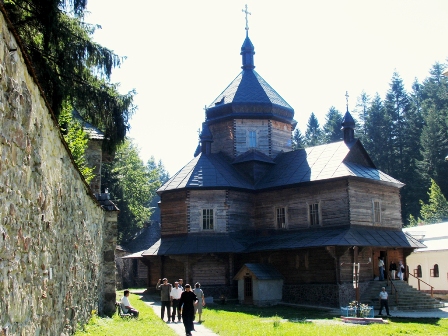 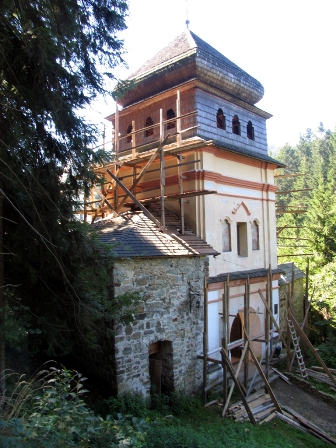 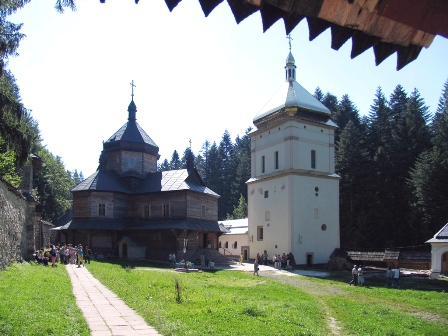 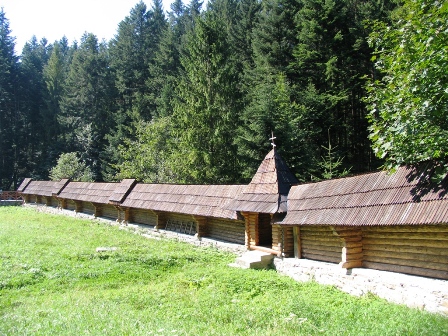 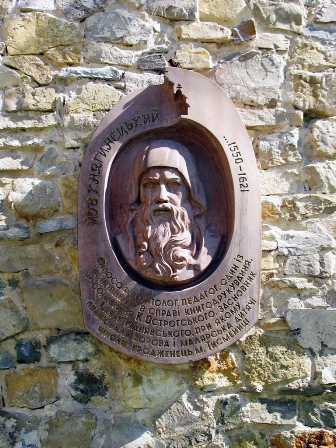 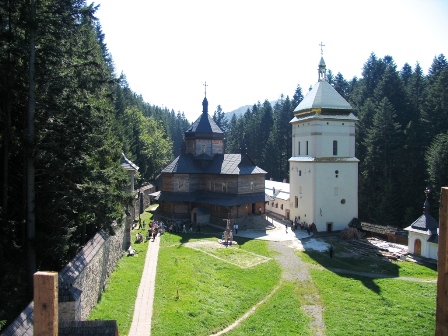 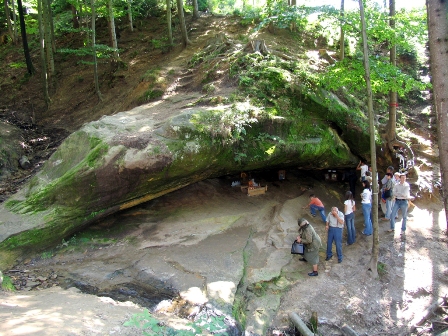 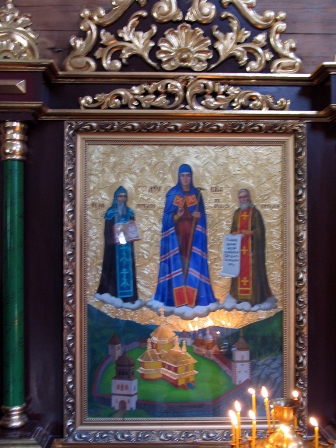