About us > blog  > Museum of Architecture in Krylos

Museum of Folk Architecture in Krylos

You only need one hour to get know the local architecture. Come to Krylos and enjoy! 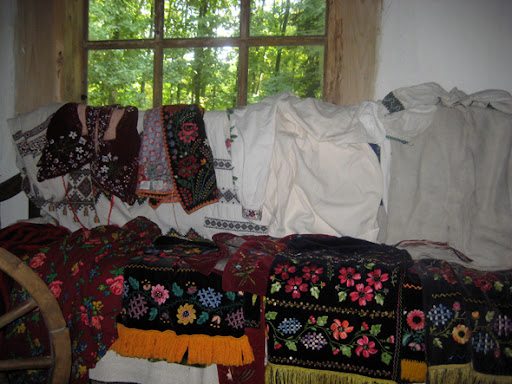 The museum of folk architecture and way of life in Prykarpattya was founded in 1982. This wonderful island of folk architecture is located on the first lines of the defensive ramparts of the ancient city of Halych. It’s a very picturesque place of the ancient settlement opposite Prokaliyiv Garden. It attracts the interests of numerous tourists from different countries. In 1994 the museum was included to the “National Preserve of Ancient Halych“. The territory of the museum occupies an area of 6,9 hectares, exhibits eleven architectural monuments and so-called micro villages belonging to four ethnographic regions of Ivano-Frankivsk: Pokuttya, Hutsulshchyna, Boykivshchyna and Opillya. Each of the ethnographic areas of Ukrainian Prykarpattya is skillfully located in micro relief of the locality, equipped by the small architectural forms. In the interiors of sights there are lots of ethnographic relicts and objects of household way of life of our ancestors. Buildings which are located on the territory of the museum testify to originality of the Ukrainian folk architecture and at the same time say about the indissoluble copulas with the traditions of a building culture of Slavonic people. 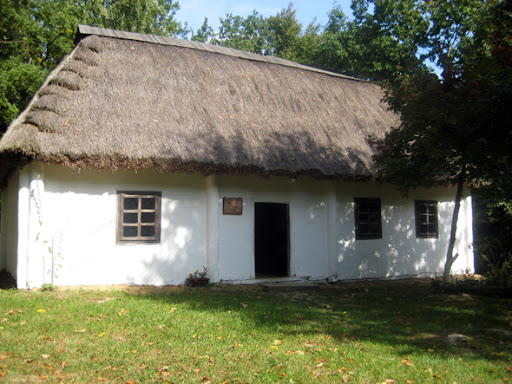 True to say, a small display area stipulated the row of differences from the analogical types of the museums. In particular, a lot of architectural exhibits are given not as farmsteads but dwelling-production complex of rural building of the past times, and as single, typical standards of housing, economic and production buildings. Presently in the museum there are eleven architectural sights which present different types of housing and economic buildings. 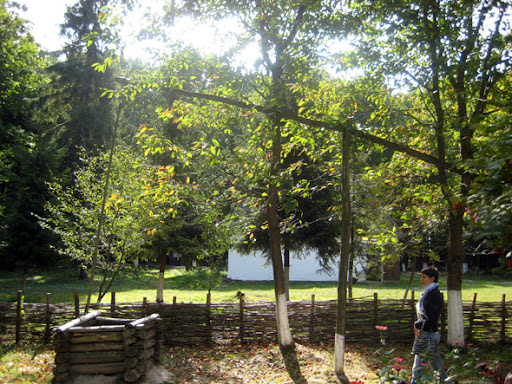 The region of Pokuttya is presented by the traditional pokuttya farmstead of the end XIX-th and the beginning of the XX-th century transported from the village of Torhovytsya Horodenka district, which consists of a house hutch, hovel, well-crane and a fencing. In the pokuttya house there is a collection of tableware things such as plates, dishes, pots, jugs, bowls, etc. In addition, in this display there is also a production structure such as an oilcan of the XIX-th century, from the village of Olesha district of Tlumach. 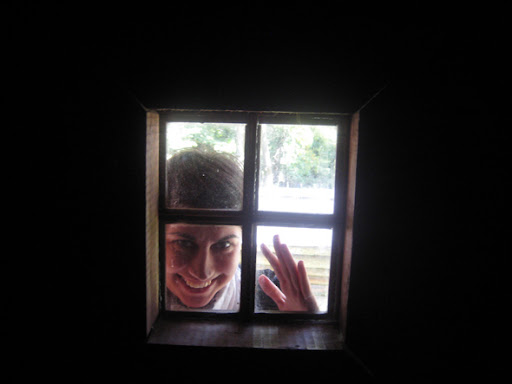 From the ethnographic region of Hutsulshchyna to the museum two houses-grazhda are carried from the village of Usteriky of Verkhovyna district of the end of the XIX-th century and the typical hutsul house of 40’s the XX-th century, which was brought from the town of Vorokhta, district of Nadvirna. It is three-chambered habitation, which consists of a house-hut for living, barn and two rooms which were typical for the building of that period. In the Vorokhta house there is an operating loom on which hutsul made carpets and clothes. 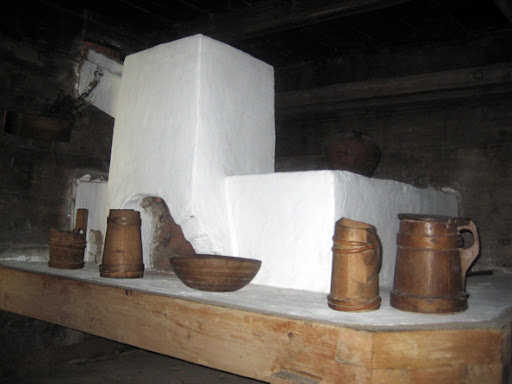 Hutsul’ska grazhda is the reserved building with a house, barn, closing rooms that were characteristic for housing building of that period. It enables to find out the row of traditional habitations of Hutsulshchyna. The main building of the court is the house, which consists of two apartments, parted by mansions in Ukraine is called “khoromy”. A basic building material is wood. A roof of the house is covered with wooden thin pieces called “dranytsya”. 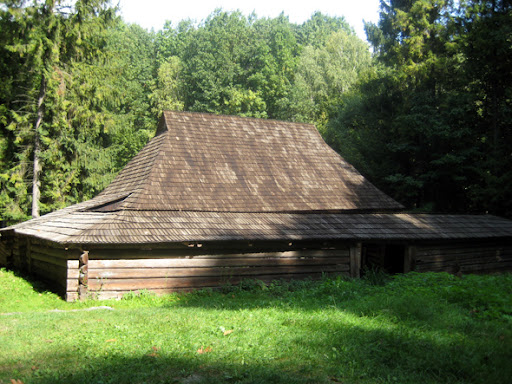 Boykivshchyna presents traditional house of 1878, the date testifying about it is on the log of the hut over the door. This house is transported from the village of Polyanitsa, Dolyna district. It is a three-chambered house without chimney and the room for a weaving loom. The display of one class school is designed in one of the rooms is called “dyakivky”. There are the most numerous collections of folk fabrics,(embroideries and clothes). 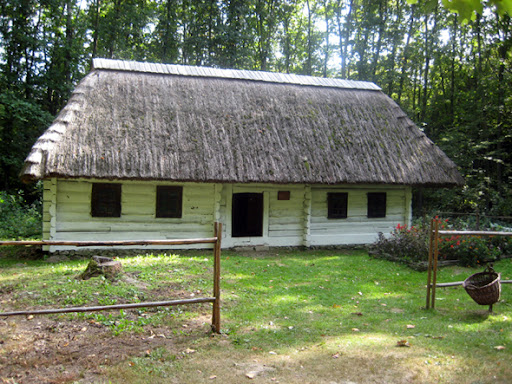 Opillya is presented by a farmstead house of a weaver of the middle of the XIX-th century and the loft – building of the end of the XIX-th century, which was transported from the village of Vyktoriv. district of Halych. In the house of well-to-do peasant you can see a collection of embroidery from the villages of Rohatyn and Halych districts. They are womanish and masculine shirts, table clothes, sheets, bedspread and folk clothes for festive time and for everyday wearing. In the economic building – bam the facilities of transport and tools are proposed for seeing. 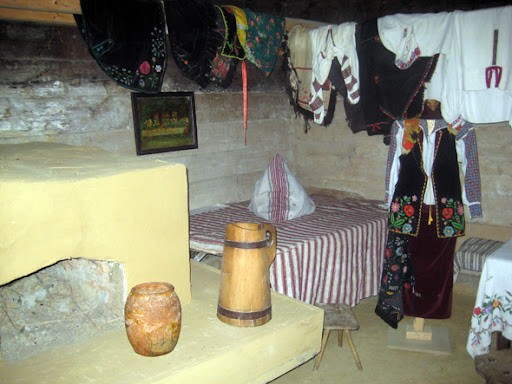 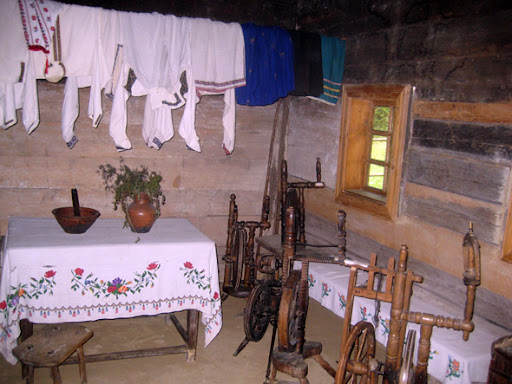 The houses in the museum of folk architecture and way of life in Krylos village are all of original presentation standards of habitation of the Carpathian people. On the area of the museum the houses are set in the proper thematic context. The exception are the separate exhibits of small architectural forms which destroy in villages very quickly, because, as a rule, they are built of less quality materials. The exhibits of the interiors of the houses are collected in accordance with the specific of regions. 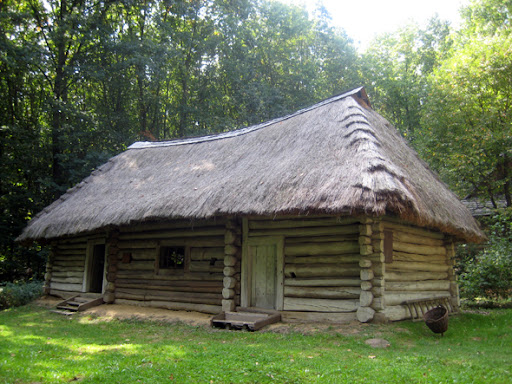 In the nearest future on the territory of the museum there will be finished the construction of the entering tower. It is planned to build a water-mill, hutsul church, coaching inn and others like that. 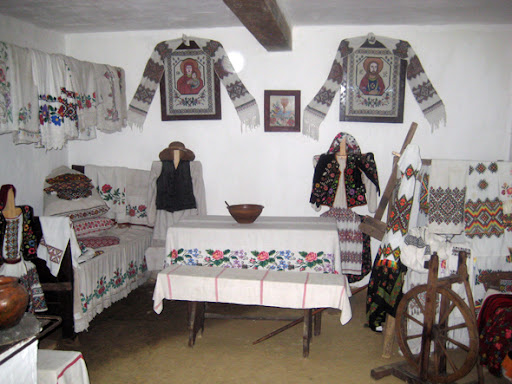 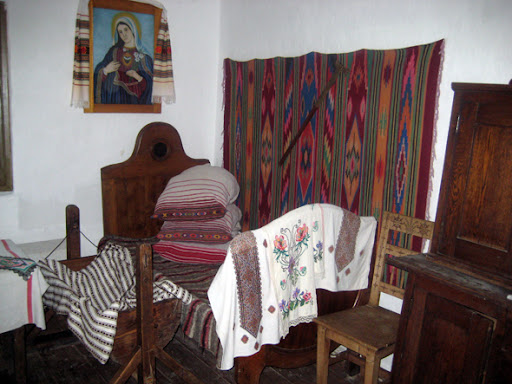 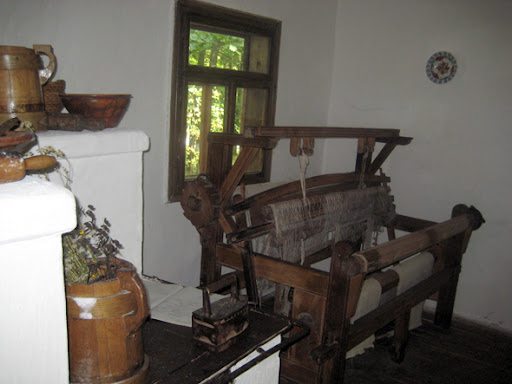 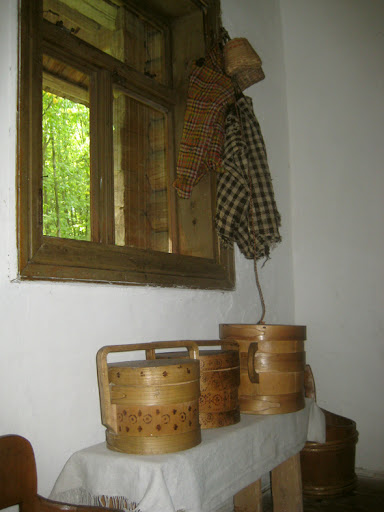 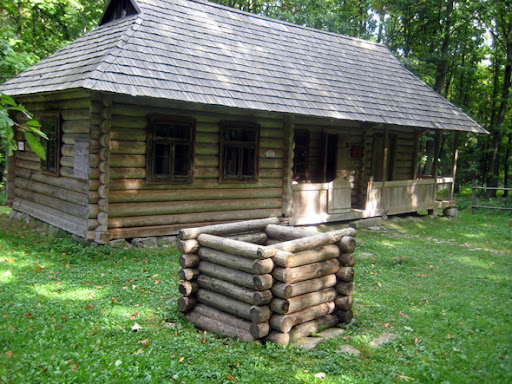 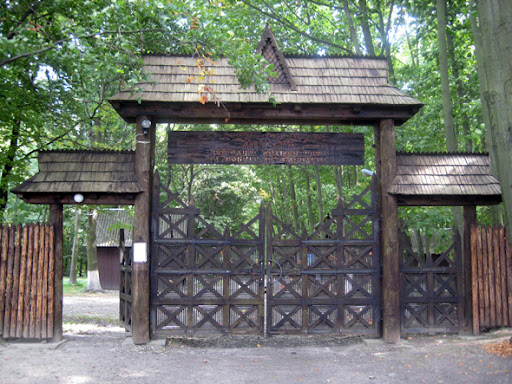 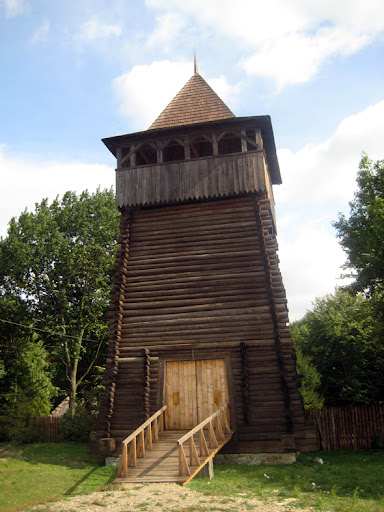