Within the reciprocal advertising campaign, we would like to offer you tours to Odessa. Our friend Yuriy Bochkarev is a private Odessa guide and his small business is focused on providing a personal and responsive service for foreign tourists in Odessa.

Tour Around The City 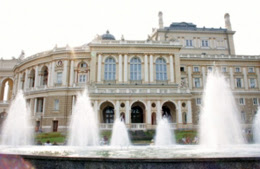 During the excursion you will visit historical sights of great importance to the city of Odessa. The tour will take you to see major historic streets such as Pushkinskaya, Rishelievskaya, Lanzhronovskaya, Franzusky and Primorsky Boulevards, Potemkin Stairs and certainly the most famous street of Odessa – Deribasovskaya. You will see the Black sea and the famous Arkadia Beach. Of course, you will also see numerous masterpieces of architecture such as Theatre of an Opera and Ballet, a monument to Duke de Rishelieu, Shakh Palace and many other remarkable places.

The Mysteries of the Odessa Catacombs 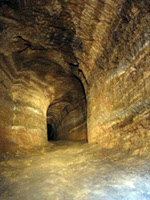 The city catacombs appeared as a result of the extraction of the limestone used for the construction of Odessa and they are everywhere under the city and its suburbs. A lot of myths and legends about this underground town have been rumored from the very beginning. The catacombs gave shelter to the homeless people, to those who were crashed and pursued, to the thieves and the smugglers. But mainly the catacombs are known for the partisan movement in Odessa during the WW2. On the place of one of such partisan detachments in the village of Nerubaiskoye a unique underground Museum of Partisan Glory was organized.

Website and more details: The Mysteries of the Odessa Catacombs