Why to go to the Carpathians? 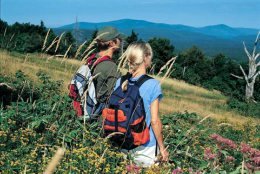 Although this is one of the smallest regions of Ukraine, it’s among the richest in natural, historic and cultural treasures. The administrative center of the region, the city of Ivano-Frankivsk is often called “the gateway to the Carpathians”.

Here you can find something to suit every taste. If you like – admire the scenery, enjoy the silence or listen to the voices of the forest and crystal streams. If you prefer an active vacation – drive on to the mountain! In one visit you will see so much that you will have enough stories to tell your friends for the whole year. There are lots of mushrooms and berries in the forests, which covers about half of the Precarpathian. There are nearly 1500 species of plants and 300 animal species. Do you like exotic nature? Here you will find the upper slopes of the mountains and alpine meadows rich in rare plants. Among them an east carpathian rhododendron, which due to its pink flowers is popularly called alpine rose. You also will be able to meet local people – hardworking Highlanders who are proud of their distinctive way of life, which differs from the inhabitants of other regions. Ethnographically the region is divided into Hutsulschyna, Boykivschyna, Pokuttya and Opillia.

Every region, every city and every village of Prykarpattya (the Precarpathian) has its own attractiveness and vibrancy. 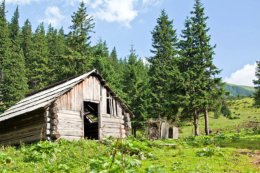 The forests whisper above the roads and on both sides there are beautiful villages with always-hospitable people. This is the Carpathian Mountains with breathtaking landscapes, the jewel of Ukraine.

The Carpathians is uniquely beautiful region of high mountains, steep streams and clean air. The peculiarity of the land, the beauty of its natural landscapes, rich fauna and flora, a unique treasure of natural ecosystems, which have preserved rare surviving species of flora and fauna, folk customs, traditional home culture, attract to itself many tourists. Therefore we offer you the best facilities for tourism and green tourism in the Carpathians.

Green tourism in the Carpathians

Green tourism in the Carpathians provides a rest in the countryside during which guests have the opportunity to explore nature, the culture and history of the province, and engage in recreational activities. It will appeal to those who want to relax from the bustle of big cities, forgetting about their daily chores, and enjoy nature in an environmentally friendly fashion.

Eco-tourism in the Carpathian Mountains gives you a unique chance to return to nature, to the land and its roots and to be yourself. Ukraine gives this opportunity to everyone – our country is rich and multicolored! Find edelweiss flowers and greet the dawn high in the mountains, relax with a fishing rod near a quiet lake, walk in the highlands and gather wild mushrooms, ride the rebellious racer, experience the quiet countryside, explore the traditions, folklore, handicrafts and enjoy the taste of Ukrainian cuisine and hospitality of the local people.

Benefits of green tourism in the Carpathians

You will experience a warm atmosphere, friendly hospitality, the opportunity to interact with the local population and delicious homemade ethnic dishes made from organic produce. If desired, visitors may choose to cook for themselves.

You will have an opportunity to see original folk traditions and to buy souvenirs and handicrafts.

Accommodation has been conveniently located to provide you with interesting sightseeing routes (hiking, bicycle, car) and give you freedom in your vacation planning.

Climate of the Carpathian region of Ukraine

The climatic conditions in the Ukrainian Carpathians are extremely diverse. The main differentiation factor is a sudden change in the absolute height – from 150 m to 2061 m and accordingly changes the thermal and moisture regime. The climate is warm, with cyclonic and anticyclones and with the Atlantic air incursions. The average temperature of the warmest month of July in the foothills is of +18 to +20 ° C, in the highlands is from +8 to +10 ° C, the coldest month is January from -3 to -9 ° C.

The rainfall varies from 500-800 mm in the foothills to 1600-2000 mm in the highest ranges. 80% of rain falls in summer, mostly in the form of showers with strong thunderstorms, but sometimes rain can drizzle for a long time. An unstable spring, a cool summer, a warm autumn and a mild winter is typical for the Carpathian Mountains. There are seven main climatic zones:

The climate inside each of the zones is not homogeneous. The climate of the southwestern district of the Trancarpathian Region is totally different from the general climatic conditions. The annual rainfall is about 600 mm and summers are very hot.

The landscape has a big influence on the climate differentiation; every hollow, river valley and different slopes have their individual local micro climate.

Hutsul region (Hutsulshchyna) is not an administrative division. It covers an area which includes parts of Ivano-Frankivsk, Chernivtsi and Zakarpattya Regions of today’s Ukraine. For several centuries, from the fourteenth to the eighteenth, Hutsulshchyna was a part of Poland, then of the Austrian-Hungarian Empire. A short-lived semi-independent Hutsul state, Hutsulska Republic with the center in the village of Yasinya, existed from 1918 to 1919 (within Zakhidnoukrayinska Narodna Respublika — Western Ukrainian People’s Republic). From 1920 to 1939 parts of Hutsulshchyna were incorporated into the Czechoslovakia, Romania and Poland. World War II brought considerable changes to the map of Europe, and most of what historically used to be called “Hutsulshchyna” found itself within the borders of Ukraine. The population of Hutsulshchyna is estimated to be over 200,000 people, most of whom are Ukrainians.

Hutsuly (Hutsul, Hutsuls), a sub-ethnic group of Ukrainians who live there, have probably retained more of their original customs, traditions, ways of dressing and talking than people in any other part of Ukraine. Hutsul folk art, folklore, dialect and features of everyday life are immediately recognizable as considerably different from such features that can be observed elsewhere in Ukraine.

perhaps the most famous tourist center. The town lies on the rapid Prut River, between the picturesque mountains. This is where most of the Carpathian routes intersect. The main attraction is a waterfall. From the 20-meter bridge you can watch a ton of water flow into a nature stone bowl every second, or see the locals dive into the very vortex of the waterfall. A mini-market provides an opportunity to buy souvenirs. Explore an old wooden church in Yaremche, which was built in the XVII and XVIII centuries.

is famous for its lowland climate. Anyone who has ever rested here has felt the truly miraculous effect of the unique Tatariv’s Canyon microclimate. In the late XIX – early XX century, this resort was known throughout Europe. From here you can hike to the Khomyak and Synyak mountains.

has become a winter ski center. There is a range of ski jumps and two chair lifts, one of which leads to the ski stadium. In Vorokhtya you can climb the highest peak of Ukraine – Goverla, enjoy the local climate or explore interesting landmarks – a hutsul wooden church built in 1615 and an arched stone bridge from 1894, one of the longest in Europe.

is one of the leading centers of winter sports of the Carpathian region. There are 5 ski lifts and several gentle slopes are ideal for beginners. Located 25 km away are the Polyana Kvasova mineral springs. From the village you can walk to Goverla, Petros, or Khomyak, you can go horseback riding in alpine meadows and take part in making brynza (a type of cheese made from sheep milk). Summer vacationers return home with baskets full of raspberries, strawberries and bilberries. You can also get dried white mushrooms and medicinal herbs.

There are enough stores in Yablunitsa, drug stores included, to satisfy various tourist needs, and the accommodation options include hotels and private houses. In contrast to Drahobrat, you can easily get to Yablunitsa from Ivano-Frankivsk.
All this and more regularly attracts people to the hospitable village of Yablunitsa.

is located in the highest part of the Carpathian Mountains and has a bustling population.
Chyvchyny ridges are spread in the upper parts of the White Cheremosh. At their peak are meadows where cattle feed in summer. If you visit the shepherds you will find yourself travelling back in time, as their way of living has changed little to this day. There is also “ Pysanyj Kamin”, huge stone in which ancient people made symbolic figures – petroglyphs – the meaning of which is unknown to this day.

is famous for its souvenir markets where you can buy products of folk artists. You can take a trip from Kosiv to the village of Sheshory, which is famous for its picturesque waterfalls on the river Pistynka. One of the most beautiful waterfalls in the Carpathians is Sheshorivskyy Guk. It has a height of 5 meters and swimming in its clean, cool water on a hot summer day is unforgettable.

is the capital of Pokuttja, a city with a 760-year history. Recently renovated, you will be struck by its exquisite architecture and charm. There are numerous monuments of culture and history, Hutsul Folk Art Museum, the Museum of Pysanka and the oldest church in Hutsulschyna dating back to the XVI century.

is the ancient capital of Galicia- Volyn Principality. On the site of the old city stands a national reserve – “Ancient Halych”.