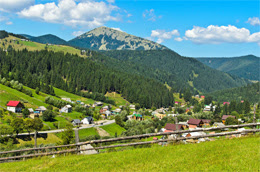 The village of Yablunytsia is situated on the border of Ivano-Frankivsk and Zakarpattia Oblasts. Its population is 2,500, with an area of 9424 ha. It is located at attitudes of 850 m to 1288 m above sea level.

Within the village there is one of the main passes of the Ukrainian Carpathians – the Yablunytsky Pass (931 m above sea level), which opens a magnificent view of Transcarpathian mountains.

Despite the absence of a railroad, the village developed at a fast rate and in the mid 1830s there were about 1500 residents (together with settlements Voronenko and Polianytsa. In those times Yablunytsia was as popular among tourists as the more famous Yaremche, Vorokhta and Mykulychyn. This was due to its beautiful climate and open territories, which contributed to the development of skiing resorts. Tourists were could stay overnight in villas and open houses.

Up until that time, Yablunytsia village was one of the centers of winter tourism in the Carpathians and several ski lifts were there. From December to March, one may ski or sledge on the low slopes of Yablunytsia.

One of the attractions is a cross to commemorate the abolishment of statute labor and a mass grave of the soldiers of Carpathian Ukraine who were killed in 1939. At the pass them is a souvenir market. 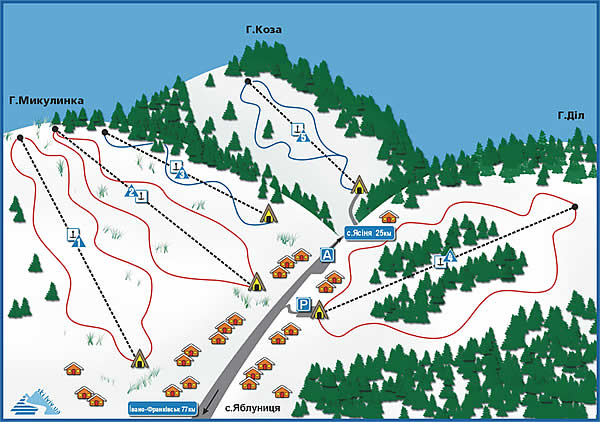