Kolomyya is a sparkling place of the Precarpathians, a symbol of rebirth of the forgotten places, the pearl of the soul of the Gutsul region. It is believed that the city was founded in the IV cent. In 1241 Kolomyya was referred in the Galicia-Volyn chronicle like a “profitable city” of king Daniel of Galicia. In old times the city was famous as a commercial and military center. There are 12 famous architectural monuments. Among them: the Church of the Savior (1587), the bell tower of two layers (18-th cent), the Greek Catholic Church of Saint Mary, the Cathedral of St. Michael (1855), the Gymnasium (1875) and others.

When visiting Kolomyya you immediately feel that this town has its own atmosphere. There are many young people but there’s no fuss. The pedestrian area covers the historic core of the city.There you can go for a walk, meet other people, relax in local cafeterias.

We are happy to arrange your comfortable visit of museums in Kolomyya (Kolomyya Museum of Easter Egg “Pysanka” and Kobrynsky Hutsul Museum)
We offer everything you need: transfer (car, minivan or bus), English speaking guide, meals in traditional restaurants etc.

To order a tour to Kolomyya museum of Pysanka please contact us.

Kolomyya is a district center of Ivano-Frankivsk region, the population of which is approximately 60 thousand inhabitants; is the centre of the historical region of Pokuttya.

It is located in southwestern Ukraine, on the left bank of the Prut river and is one of the oldest Galician settlements. The first mentioning of Kolomyya dates back to 1241, although according to the researchers, there are ample grounds to believe the city is much older.

The name Kolomyya consists of two Ukrainian words “коло” (kolo: Ukr. wheel) and “мити” (Ukr. wash). Therefore, the first and perhaps the most popular, however rather unlikely origin of the town name derives from legendary chumaky, who were washing the wheels of their carts here. According to another version, the town’s name may originate from a Latin word “colonia” as there used to be German colonies here. The third version says that Kolomyya was founded by the king Koloman, whom Halychyna belonged in those times.

The downtown attracts tourists with nice, orderly streets, numerous buildings on the verge of XIXth and XXth cent., with lavish secession or eclectic decoration. Over centuries the Town Hall, built in 1877 in place of a wooden one has been a symbol of Kolomyya.

The building of present museum of Hutsulshchyna laid before the First World War is another notable building of the downtown. This magnificent three-storey building was built in 1902 by the design of architects L. Becker and N. Krvchovskyi. The collections of the institution number over 30,000 items — rare and valuable works of folk art of Hutsul and Pokuttia regions of Western Ukraine. First of all, these differ in terms of composition, ornamentation, colour complexity of mens and women’s clothes from different villages of Hutsulshchyna and Pokuttia, items of clothing — serdaks, keptars, coats etc.

The museum of Easter Eggs (Pysankas) located in the most original architectural building of the city, which has become a distinguishing card of Kolomya and which attracts visitors from all countries. The museum is egg-shaped. Inside is the exhibition of fifteen hundred exhibits. A complete collection of the museum includes over 12 thousand eggs. The exhibition displays color and decorative eggs not only from all over Ukraine, but also from Poland, the Czech Republic, Romania, Slovakia, Belarus, Russia, France, Canada, the USA, Pakistan, India, Sri Lanka, China, Egypt and Algeria. Their language pattern is a language of goodness, preservation and peace. Easter egg viable force, its unique beauty, rich ornaments and, eventually, customs and rituals associated with it formed the basis for the exhibition of the unique museum of Easter Egg.

The wooden church of Annunciation in Kolomyya, built in 1587, is the oldest monument of Kolomyya. It also has another name — Monastyrok, as it once constituted a part of the complex of monastic buildings. In 1589, during the Tatar attack, the church, monastery, and the whole Kolomyya were destroyed and burned. All residents, according to a chronicler, were subdued. The monastery was not restored as the monks dispersed, but the church was raised from ruins. The temple was originally of rectangular shape. It was in 1709 that two wings were added to its eastern and western sides, and in 1845-1846 the central entrance door was added.

A tour along Kolomyya museum “pysanka”. The egg inside

Here it is a famous egg-shaped building – Kolomyya museum “Pysanka”(Easter egg).In tour advertisements, in guide books and in tour web sites it is defined as ‘the word’s only cultural institution, where works of Easter egg painting are stored and exhibited’.

The original architecture is used. The front two-story building is like a large Easter egg. Go inside and you can see windows, panels, floristic compositions with hundreds of colored eggs of different sizes around. Eggs in “egg”… Your eyes are lost.

A tour begins outside. The museum “Pysanka” as the Department of Folk Arts of Gutsulschyna and Pokuttya was defined in 1987. It moved into a new office five years ago. The building which was designed by Ivano-Frankivsk architect Igor Shumen built without delay – for one hundred days. The building having 13 meters of height is the biggest stone Easter egg in the world. Inside of it you can see the exhibition of fifteen hundred exhibits. The complete collection held by the museum is over 12 thousand eggs.

Go to the hall. There is a stone egg in the middle – it is a composition created with a solid marble slabs. The author of the sculpture Roman Zakharchuk from Kolomyya called it “born life”. As conceived by the artist, egg like the Resurrection of Jesus Christ is a symbol of renewal.

On the panel to the left of the entrance there are Ester eggs from different regions of Ukraine. Wizards of Vinnytsya, Sumy, Kiev, Kherson, Mykolayiv regions revive Easter egg samples by the end of XVII-beginning of XX century.

Kiev artists Oksana Bilous and Zoya Stashuk paint Trypillian patterns on Easter eggs. They studied that these signs – symbols of ancient agricultural crops – recur in embroidery, weaving, painting of Ukraine throughout the ages. However, similar items of ornaments belonged to the sign systems of other nations. So, a space tree of life which connects heaven and earth is the symbol of fertility in India and Iraq, Turkey and Romania, Hungary and Slovakia.

A custom to gift relatives with painting eggs is characterized not only for Ukraine, but also Japanese, Pakistan, Jews, Greeks, Syrians, Residents of Sri Lanka. The Egyptians, for example, greet one another with Easter eggs made of precious onyx stone. Our closest European neighbors decorate eggs of different birds. In Czech people decorate chicken and goose eggs and hang them on the colorful ribbons in the house. In Poland eggs are decorated with applications and paste them on a shell. And Romanians drop ornaments with multicolored wax. Drawing on such eggs is vivid and relief, tempting to touch!

The exhibition in the hall on the second floor is not so colourful, there are less exhibits here. However, each egg is unique, there isn’t another one like this. “Eggs, krapankas, or dryapanka shkryabankas, malyovankas, eggs – they are halunkas” – the guide lists types Easter eggs. They are different in their decorating techniques. Easter eggs are the simpliest to make. They are toned by vegetable dyes (especially in onionskin that makes eggshell red). If you take the needle and scratch on a “halunka” a pattern then you will get a “shkryabanka”. A boiled egg which is painted with markers, watercolors or coloured pens is called “malyovanka” or a decorative egg.

Authentic patterns of pysanka from Carpathian villages Kosmach in Kosivskiy district, Zamagora in Verkhovyna district and from Chorniy Potik from Nadvirna are notable among others. These villages are centers of Easter egg art. “Eggs are painted by the whole families, and images pass from one generation to another. Each school has its own colour scheme and the most frequently used characters. Easter eggs from Kosiv are hot in colour, covered with small yellow and red geometric patterns. The higher the mountain, the colder becomes the color spectrum. “White” Easter eggs are from Verkhovyna.

The researchers number over one hundred painted eggs of different elements. Points, dashes, curls are not accidental. Images have a certain meaning and together make up a message (similar to that how letters combine into words and sentences). People believe that their combinations make the eggs magical. A so-called egg “endless road” protects home from an evil eye. Such eggs were placed to prominence in the house. There is a belief that an egg takes over evil. Everything that is wrong goes on a symbolic way and always turns on the endless path.

Allegorical content and procedure of painting must exactly match to the purpose of an egg, otherwise it loses its magic power. 40 days before Easter, in the Forty Saints day masters begin to paint “Sorokaklynka. Egg ornament has 40 wedges which are consistently painted by 40 married women. Each paints an individual wedge and makes a wish. If all the canons are followed in painting, all forty desires fulfill. Random excursions variant. Trip to Kolomyya, guided tour through the city center. Visit of the Museum of Pysanka (Easter egg). The Museum of Hutsulshchyna, The Market square, the City Hall and Teatralna Str.

We wish you a pleasant stay in Kolomyya.

Kolomyya is more interesting and refined then Ivano-Frankivsk, a bit more restrained then Lviv and completely different then Chernivtsi. And of course, it’s much more cosy then all of them. Such self ordinary Galician town in the best sense. When you come to Kolomyya you understand that the city is not small. Knowing it requires more time than, for example, with Ivano-Frankivsk where almost all the attractions are concentrated in a small downtown area. To know Kolomyya you need time. At least half a day. 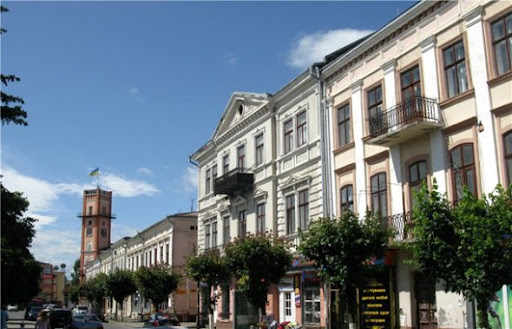 The Town Hall is unusual and cool. It’s one of the best. The modern building was built in 1877 in place of the old wood. 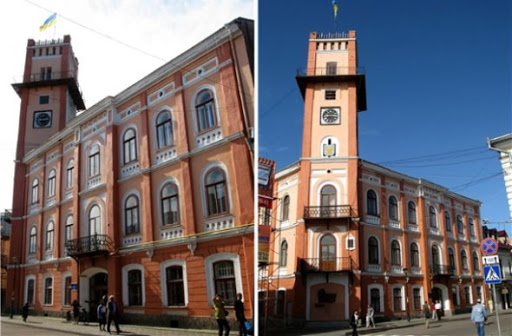 Roman Catholic Church of St. Mary was built in 1762 in the southeast side of the central square of Kolomyya upon the design of architect Bernard Meretin. Nowadays it’s church of Hieromartyr Josaphat of Ukrainian Catholic Eparchy of Kolomyya-Chernivtsi 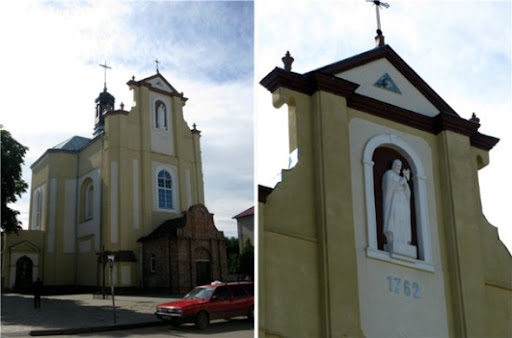 The famous Museum of Easter Eggs is situated at Taras Chornovil street. 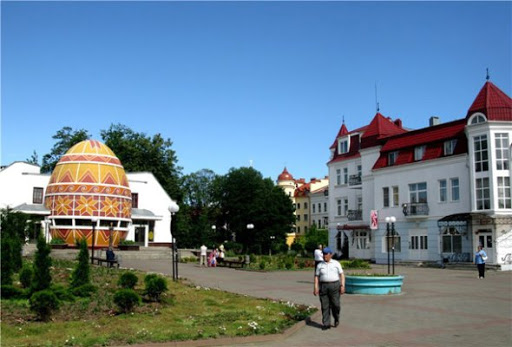 The Church of St. Ignatius Loyola is the only Roman Catholic Cathedral of Kolomyya (18 Franko Str.), constructed in 1897. 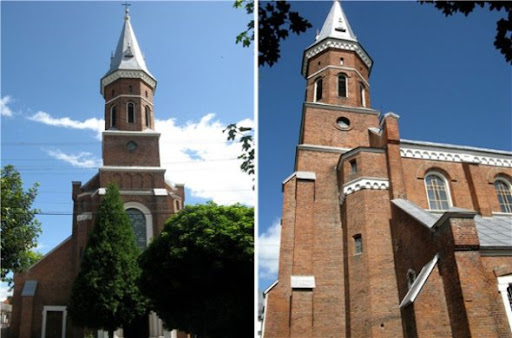 Teatralna street, a true paradise for appraisers of Viennese Art Nouveau. Every house here is a kind of masterpiece. 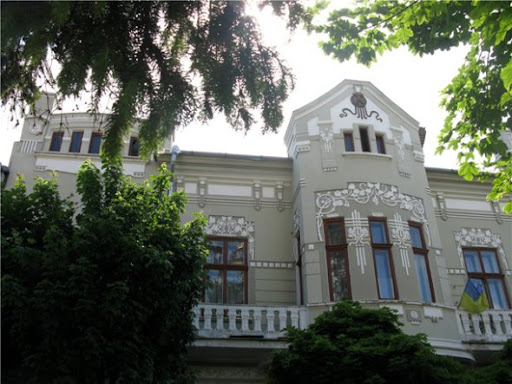 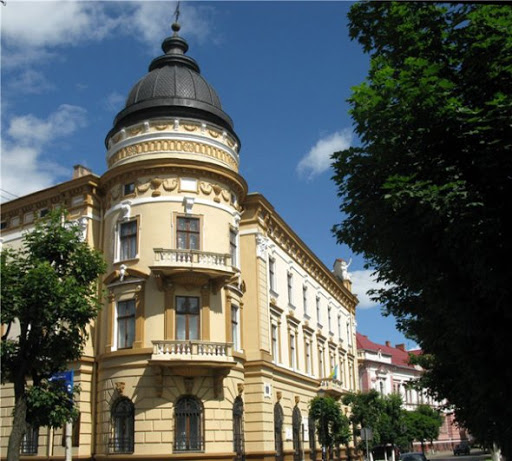 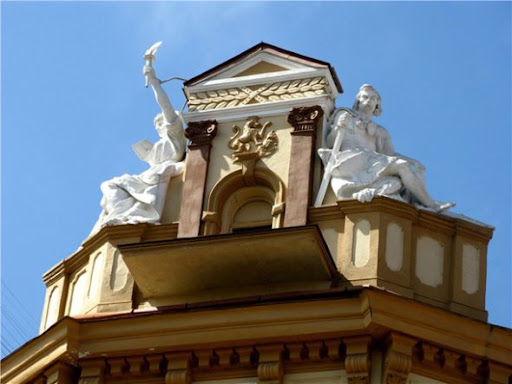 The Transfiguration Cathedral is the main greek-catholic temple of Kolomyya. 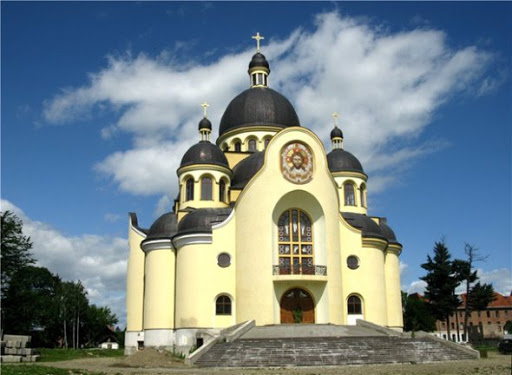 Vichevy Square is one of the most beautiful in the city. 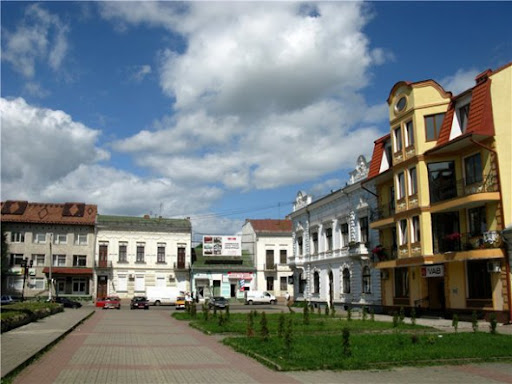 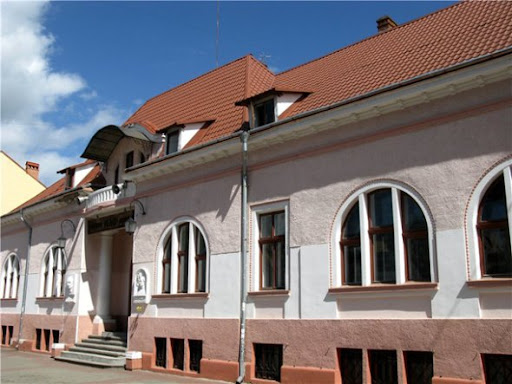 It’s imposible to imagine Kolomyya without sinagogue. The temple of Jewish community at Pekarska Street. 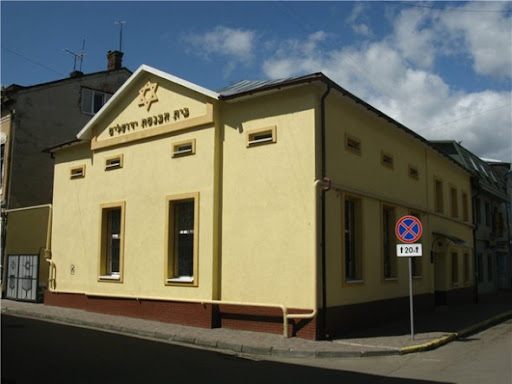 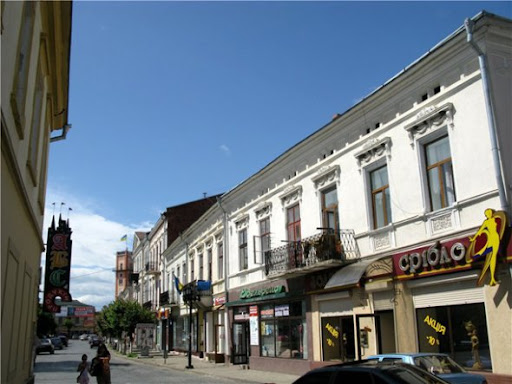 The wooden church of Annunciation, the oldest and most valuable building in Kolomyya. It can be called a standart wooden church of Hutsul style. This temple is actually ideal: according to the proportions and to the building’s elements. 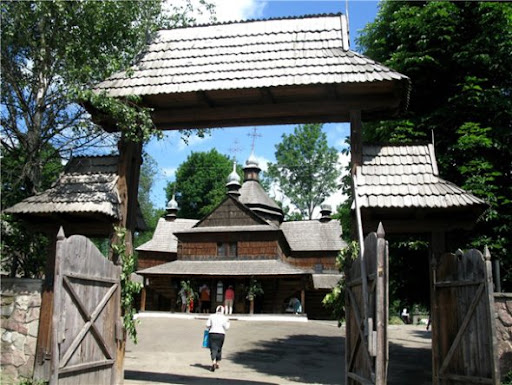